We show that the digital-analog paradigm is suited to the variational quantum approximate optimisation algorithm, due to its inherent resilience against coherent errors, by performing large-scale simulations and providing analytical bounds for its performance in devices with finite single-qubit operation times. We observe regimes of single-qubit operation speed in which the considered variational algorithm provides a significant improvement over non-variational counterparts. 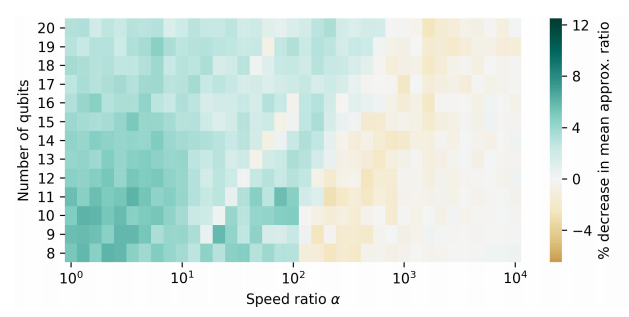